Protestors occupy former hospital building - Police have blocked the entrance to a former hospital building in Nice after yellow vests protesters were found to have been occupying the building of Saint-Roch which is located in the center of the city. Police intervened on Thursday evening. Protester had been occupying the premises for 10 days and had hoped to remain until the end of the winter break.

Meanwhile Franck Delestre a yellow vest from Vallauris, is cycling to the Elysee. Delestre left the region on Thursday morning and intends to reach Paris on January 13th. Stopping on his way at roundabouts throughout France which are occupied by the movement.

The yellow vest have more recently posted a four-page letter, published on Thursday, on their Facebook page addressing Emmanuel Macron and warning the President that "Anger will turn into hatred if he continues, from his pedestal, to consider the little people as beggars, toothless, people who are nothing,". The letter comes as a response to the President’s New Year’s speech.

Act 8 of the movement is planned for this weekend with a march to the National Assembly and demonstrations in other regions.

Prison sentence - A mother has been handed an eight day prison sentence after violently slapping her 8 year old daughter while drunk. According to reports the incident occurred on Christmas Eve on Rue Caroline in Monaco. The woman from Kazakhstan who lives in Ventimiglia appeared in court on Thursday.

Yellow vest movement - One of the leaders of the Yellow Vest movement Eric Drouet, has been released on custody without charge, hours after being arrested for organising an unofficial protest in Paris. His arrest sparked criticism from MPs across the political spectrum. The arrest, criticized by his lawyers as 'heavy-handed', immediately sparked outrage on social media. Drouet was arrested on Wednesday while on his way to meet friends outside a Mc Donalds restaurant near the Arc de Triomphe war monument.

Survey - A survey published on Thursday has shown that 75% of French people are dissatisfied with the French Government. According to the survey, the government dissatisfied not only the less well-off (87%) and the workers (82%), but also the executives (54%) and the CSP + (67%). The poll also rated key ministers with the most popular being Jean-Yves Le Drian the Minister of Europe and Foreign Affairs while the lowest rated ministers included Prime Minister Édouard Philippe and the Minister of the Interior Christophe Castaner.

Napoleon’s gold - A Russian historian has come up with a new theory about the legend that the French Emperor Napoleon hid wagonloads of stolen treasure during his disastrous retreat from Moscow in 1812. The historian claims that treasure-hunters have been looking in the wrong place for 200 years. There have been persistent rumours for over 200 years that Napoleon's defeated Grande Armée made off with 80 tonnes of gold and other valuables that his soldiers had looted in Moscow, and buried it en route back to France when the going got too tough. No trace of it has ever been found.

Shares on Wall Street sank deeper on Thursday after Apple said weak sales in China had hurt its business. A revenue warning from a major airline, as well as some data showing declines in US car sales and manufacturing activity last month added to the gloom.

And - According to the US authorities three former Credit Suisse bankers have been arrested over their alleged role in a $2bn fraud scheme connected to firms in Mozambique. The men have been released on bail in London while the US seeks their extradition. The scheme allegedly involved loans to state-owned companies in Mozambique.

Football - Manchester City reignited the Premier League title race as they ended Liverpool's 20-game unbeaten start to the season to reduce their lead at the top of the table to four points.

Rugby Union - Wales full-back Leigh Halfpenny will see a specialist about concussion which has ruled him out for two months. Halfpenny has not played since 10 November when he suffered a late tackle. Halfpenny was named to face Cardiff Blues last Saturday but was pulled out after suffering headaches.

Cycling - Chris Froome will not defend his Giro d'Italia title this year as he says he will focus on the Tour de France. 33 year old Froome, is aiming to become only the fifth rider to win five Tours.  Froome said it was a "difficult decision" to skip the race.

Formula One – Lewis Hamilton has led tributes to stricken Michael Schumacher with an emotional message on the Formula 1 legend's 50th birthday. The Brit urged the seven-time F1 champ to "keep fighting" following his skiing accident in the French Alps in 2013. His wife, recently released a statement revealing the family is doing "everything humanly possible" to help the F1 champ in his rehab.

This evening going down to 5 degrees in Nice and -1 degree in the Var with clear skies.

The outlook for Saturday and the weekend starting off fine on Saturday becoming increasingly cloudy with highs of 14 degrees. Sunday reaching upto 16 degrees in the Saint Tropez and the Var with clear skies. 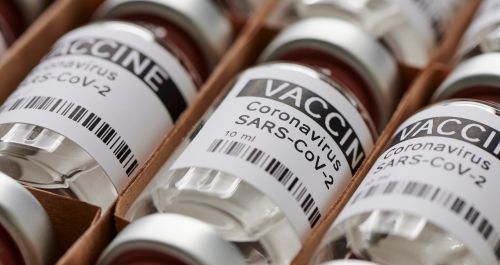