A member of the French government's Scientific Council has said that the next three weeks will be crucial in the evolution of the epedemic in France. Speaking to FranceInfo, Professor Arnaud Fontanet said that the recent fall in the number of Covid-19 cases "is a very favourable dynamic" but it would be preferable to go below 5,000 new cases per day to feel more comfortable dealing with unforeseen events. He said that this summer we will be better positioned than last summer because of the high levels of vaccination by that time but there is uncertainty about variants and there is also the possible loss of immunity over time.

Anthony Borre, the first depty mayor of Nice, has called for experimental legislation regarding the use of facial recognition cameras in municipal security. He said that the municipality will continue to develop new technologies and the larger the security camera network, the more important the fight against delinquency. He added that "our drones are working and will be used".

The Prefect of the Var has called on people to donate blood, saying that stocks are running low, especially in blood types O and B. To make an appointment to donate blood see the website https://mon-rdv-dondesang.efs.sante.fr/

Prince Albert II of Monaco has written to the President of Italy Sergio Mattarella following the recent cable car accident in Italy.  The Prince said that he and Princess Charlene were saddened to learn of the fall of the cable car in Stresa-Mottarone and would like to express their very deep sadness following the tragedy. He said their thoughts are also with the child who was seriously injured.

The Monaco government's Tourism Department is launching a marketing campaign for the summer with the slogan “Monaco FOR YOU. Finally! " The campaign concerns all areas of leisure tourism and will be centred around 10 themes: well-being, gastronomy, culture, family, romance, sport, responsible tourism, games and casinos, weekend getaways and shopping. The marketing campaign will be deployed initially in the French and European markets. It will then be rolled out to the American, Asian and Oceania continents from the second half of 2021.

Net UK Public sector debt, excluding public sector banks, stood at £2,171.1 billion at the end of April or around 98.5% of GDP, according to new figures released today. The Office for National Statistics said it was the highest ratio since the 99.5% of GDP recorded in March 1962.

Other data published today by the ONS shows that the UK's trade with EU member states fell by 23.1% in the January to March quarter compared with the same quarter in 2018, while trade with the rest of the world fell by just 0.8%. Exports to Ireland saw the greatest proportionate fall of the UK's top exporting partners after the EU transition period.

Football... England have named their provisional Euro 2020 squad. Four uncapped players, Ben White, Ben Godfrey, Sam Johnstone and Aaron Ramsdale have been included as have Trent Alexander-Arnold and Ollie Watkins. The final 26-man squad will be named on 1 June.

Hansi Flick has been appointed manager of Germany under a deal which runs until 2024. Flick, who was most recently manager of Bayern Munich, will take over from Joachim Low as Germany boss after this summer's European Championship.

Cycling... The Italian Minister of Transport has requested that the 19th stage of the Giro d'Italia be changed to avoid going through the summit of Mottarone. Fourteen people lost their lives in a cable car accident nearby last weekend and the change of route has been requested as a mark of respect for the victims. The race is scheduled to go through the area on Friday. 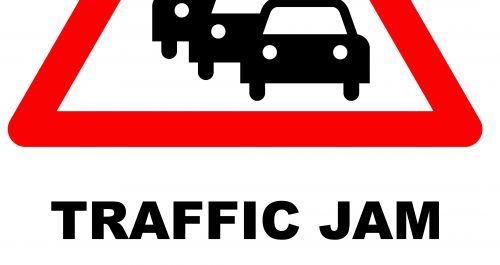