Industrial action by taxi drivers has been announced for next Tuesday, the 28th of May, according to local reports. Drivers in the Alpes Maritimes will gather at the Prefecture on Tuesday to draw attention to their grievances.
Nice airport has recently increased controls on taxis and VTC vehicles. The move comes following a dispute between the two professions led to them blocking access to both terminals at the beginning of the Cannes Film Festival. The new controls will allow police to know exactly where the VTC comes from and if it has the necessary accreditation to work in the area with access to the airport. Some 5,700 drivers have applied for the accreditation, while there are already 2,500 professional taxis and VTC registered in the region.

Part of the Nice tramway network was briefly brought to a halt this afternoon by a fight between two passengers. Two women were apparently involved in a fight on a Line 1 tram on Avenue Jean-Jaurès, during which one woman was thrown against a tram door, causing safety systems to kick into operation.  The tram was reportedly brought to a halt for six minutes before the door was re-armed and service was resumed.  The two women fled the scene and are being sought by authorities.

A tribute is being held this evening in Grasse to celebrate the life of Jean Vanier, founder of L'Arche, who died May 7 in Paris at the age of 90, in Paris.  The association, founded by Monsieur Vanier in 1964, today welcomes people with intellectual disabilities in nearly 150 centres around the globe.

Local environmental organizations are organising a march in Toulon on Saturday morning. The march, to draw attention to climate change, will begin at 10.30am on Saturday in the Mourillon district of Toulon.

Panasonic has said it’s examining whether any of its products break US restrictions on trading with Chinese electronics company Huawei. Last week, the US put Huawei on a list of companies that American firms cannot trade with unless they have a licence. The restrictions mark an escalation in US efforts to block Huawei, which it says poses a security risk.

Brazilian cosmetics group Natura has announced that it is buying Avon, the UK-based direct-selling cosmetics business. Natura already owns The Body Shop and Aesop. The deal will create the world's fourth-largest cosmetics company. The new combined company will boast 3,200 stores worldwide with a presence in 100 countries.

In the UK, The Competition and Markets Authority is proposing that any merger between Asda and Sainsbury's should be blocked for ten years. The proposal is outlined in documents  published by the CMA following its decision to block the block the tie-up last month. The CMA said the deal would raise prices for consumers, at the supermarkets' petrol stations and lead to longer checkout queues.

Cricket...India spinner Ravichandran Ashwin will join Nottinghamshire as their overseas player for six County Championship games from late June. Ashwin will replace Australia seam bowler James Pattinson, who is expected to be part of Australia’s Ashes squad from July.

Rugby Union...Harlequins scrum-half Dave Lewis has retired from rugby at the age of 30. The former Exeter and Gloucester player made 28 appearances for the club. Lewis, who played in Exeter's first Premiership final in 2016, is taking up a role as a financial advisor with a London-based wealth management firm.

Lewis Hamilton outpaced Red Bull's Max Verstappen by just 0.059 seconds to lead in first practice at the Monaco Grand Prix this morning. Hamilton's Mercedes team-mate Valtteri Bottas was 0.072 seconds slower. Ferrari's Charles Leclerc, on his home circuit in Monaco, was fourth at 0.361secs off the pace. Sebastian Vettel was next fastest.

Second practice got underway at 3.00 today. Lewis Hamilton pipped Valtteri Bottas as Mercedes dominated second practice. Hamilton was just 0.081 seconds ahead of Bottas. Red Bull's Max Verstappen missed much of the second practice as a result of a water leak and ended up sixth fastest. Ferrari's Sebastian Vettel was third fastest Team-mate Charles Leclerc was 10th, after struggling with braking problems.

Lewis Hamilton leads the drivers championship by 7 points from Valtteri Bottas, with Max Verstappen in third place. All the focus this weekend will be on whether any of the other teams can stop Mercedes’ winning run. The weather for the weekend is somewhat unsettled, with rain predicted at times on Saturday, but mostly dry conditions expected in Monaco on Sunday afternoon.

Wake up ! -The head of the organisation that represents Imams in France has told parents to “wake up” and ensure that their children are not influence...

Terrorism crackdown- French police have raided the homes of scores of Islamist activists who have been commenting on social media in response to the b...

Additional coronavirus restrictions have come into force in the Var today. 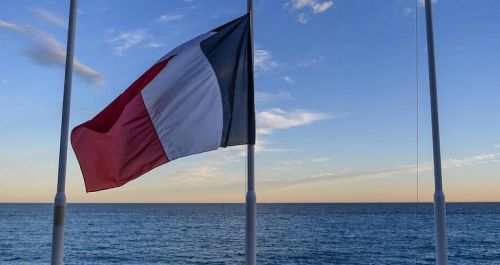 Beheading-Increased security-French authorities are to step up security at schools and colleges in response to Friday’s barbaric decapitation of a tea...