With quarterly earnings season coming to an end, investors will be examining the heavy load of key macro data that is expected next week.

Inflation readings from major developed markets are likely to tell a similar story. Inflation continues to remain muted in the US, UK and eurozone, as global growth weakens and monetary easing seems to be losing its effectiveness. At the same time, cost-push pressures remain negligible despite steady wage growth. October’s consumer price index (CPI) in both the US and UK is expected to come in slightly below the central banks’ 2% target rate. Meanwhile, October’s eurozone harmonised index of consumer prices may be even more subdued and below 1%.

Investors will also await quarterly growth readings, with the third-quarter (Q3) gross domestic product (GDP) flash estimate and Q3 GDP preliminary readings out in the eurozone and the UK respectively. Both regions are expected to report relatively tepid growth, however the UK is likely to avoid a technical recession, after contracting in Q2.

A weakening UK corporate sector has driven sluggish growth, amid persistent Brexit uncertainty over the summer, while the eurozone has been mainly hit by reduced trade activity given its export-oriented economy. However, both geographies were kept afloat by their strong reliance on their domestic sectors, which have shrugged off mounting headwinds to the global economy as they profited from steady real wage growth.

Finally, investors will be on the look-out for any signs of distress from the UK labour market following the decline in employment and vacancies in August. Brexit’s negative impact on productivity is starting to spill over into the jobs’ market. We wouldn’t be surprised to see further deterioration in October’s unemployment claims and September’s International Labour Organisation unemployment rate. 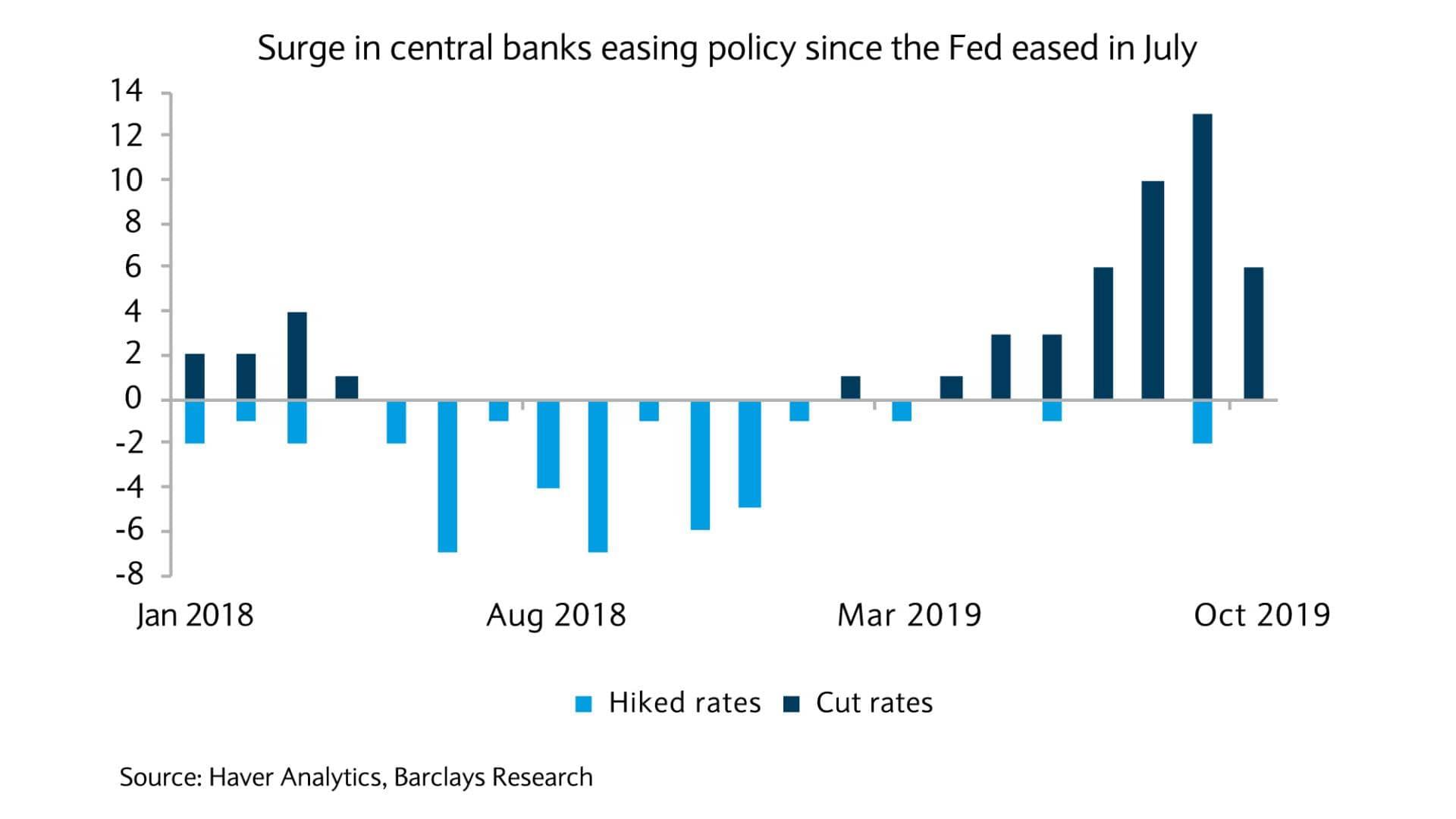 In August, we noted that the US Federal Reserve’s first cut since 2008’s financial crisis, on 31 July, appeared to have shifted global central bank policy with it. Rates were then cut by the same amount at the central bank’s policy meetings in September and October, meaning 75 basis points of cuts in 2019 thus far. Emerging markets such as Brazil, Turkey, India and Russia have followed suit, lowering interest rates in October.

In developed markets, central banks in Australia and the eurozone trimmed interest rates in October and September respectively. Indeed, the European Central Bank is likely to ease policy further in 2020. Recent speeches from prominent figures at the Bank of England have suggested that, even in the event of a Brexit deal, the next move in rates could be down rather than up.

The chart looks at 29 of the largest central banks globally and, for each month, shows the number of central banks that cut rates and the number that hiked rates. The chart signals a solid move to easing since July as central banks have gradually started to acknowledge increasing headwinds to the macroeconomic backdrop.

In the current environment, yields will likely remain depressed, anchored by easy monetary policy. As such, the “search for yield” is set to persist, especially with higher downside risks to global economic growth. Therefore, strategies aimed at enhancing income generation should remain attractive to investors. 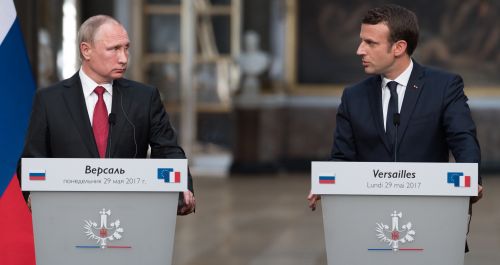