Man dies after car plunges into river - A 72-year-old German national living in Antibes has died after his vehicle plunged into the Var River on Tuesday morning. An 82-year-old Russian woman who was in the vehicle at the time of the accident is in hospital. The couple were on their way to the airport when the driver appeared to lose control of the vehicle. Emergency services at the scene, divers and a rescue helicopter managed to rescue both driver and passenger however the man died before reaching hospital.

French troops killed - Thirteen French troops were killed in a midair collision between two helicopters in Mali on Monday night as they fought Islamic militants in the west African country. Among the dead was 34-year-old Captain Romain Chomel de Jarnieu from Toulon in the Var. The French president, Emmanuel Macron, expressed his “deep sadness” at the crash, stressing the “courage of the French soldiers” in what he called the “hard fight against terrorism”. It was the biggest loss of French troops in a single day since an attack in Beirut 36 years ago when 58 soldiers died.

Shooting in Moulins district of Nice - A 30-year-old man is recovering in hospital after being shot three times. The incident occurred shortly after 6.30pm on Monday in the Moulins district of Nice. Police have launched an investigation into the reason behind the attack which they believe could be down to a settlement if accounts.

Volunteers launch appeal for flood victims – A group of volunteers, helping flood struck victims in the region following the weekends storms, have launched an appeal to raise money for equipment to help the victims. The group are hoping to raise 2,000 euros in donations in order to purchase a pump.

Local figure dies - A well-known figure amongst the locals of Saint Paul de Vence has died suddenly.76-year-old Yvette was a popular figure of the village who cultivated fruit and vegetables selling them in the village. Tributes have flooded in on Facebook. The funeral will be held at the Cathedral in Saint Paul de Vence on Thursday at 2.30pm

Princess Charlene speaks about life as a mother - In an interview with a French magazine Princess Charlene of Monaco has spoken about life as a mother - admitting that raising her four-year-old twins is 'often exhausting'. The Princess described herself as a very hands-on mother - confessing that her parenting duties are ‘often exhausting, but also very stimulating in many areas.’  She went on to reveal the 'incredible affection and gentleness for one another' that the twins share, adding: “They talk to each other all the time”.

Are you single? - Ever thought you might meet your future other half by taking part in a race. That's just what the Prom Classic is offering at this year’s race. “Run and date” is optional and you can register online. Those wishing to take part will show their participation by wearing a special sticker to be collected at the “Run and date” stand. The 10km run takes place in Nice on January 5th.

Students block universities - Two weeks after a student set himself on fire in protest of precarious living conditions, students have blocked universities around France warning that they would join a general strike planned for December 5th against policies of President Emmanuel Macron. On Tuesday student unions called a day of nationwide action to demand more financial support from the state. By midday protesters blocked several campus buildings in cities around the country.

Black Friday - French MPs have passed an amendment that aims to ban publicity campaigns for "Black Friday". The amendment to France's "anti-waste law" condemns overconsumption and criticises the shopping day's "disastrous environmental record". "'Black Friday” was imported from the United States in 2013. In the United States, Black Friday is the name for the Friday following Thanksgiving Day and is seen as the start of the holiday shopping season. Stores often give large discounts and this advert campaign has since spread globally.

The future of Europe - France and Germany have drawn up a plan for the reform of the European Union. The plan will be presented to fellow members and aims to counter concerns about divisions between their leaders. A draft paper calls for a "Conference on the Future of Europe" starting next year and carrying through to 2022.

The US personal computer maker Dell has cut its full year revenue forecast as it grapples with a shortage of chips from Intel.

Dell shares fell by 5 percent on the news after the firm said that chip shortages were getting worse and worse and is impacting shipments of both commercial and premium consumer PCs.

Last month Intel said that demand for its processors used in PCs was outstripping its ability to add capacity prompting it to rely on contract manufacturers to ease shortage.

Dell’s PC business had a strong quarter with sales rising by 4.6 percent to 11.41 billion dollars.

The results matched rival HP which also had a good third quarter.

Twitter says that it will start deleting accounts that have been inactive for more than 6 months unless owners log in before the 11th of December.

The microblogging site says that the cull will include users who stopped posting to the site because they’ve died and others who have simply lost interest.

Twitter says that the reason for its action is because users who haven’t logged in for a long time are unable to agree to its updated privacy policies.

The firm bases inactivity on whether or not a person has logged in at least once in the past 6 months.

The first batch of deleted accounts will involve those registered outside the US.

Emails have been sent out to users of inactive accounts warning them of the impending action.

And-Audi is to cut 9,500 jobs from its 61,000 strong German workforce to make more money available for electric vehicles and digital programmes.

The cuts will be achieved through an early retirement programme and will aim to save the firm 6 billion euros.

Audi did say however that it aims to create 2,000 new jobs as it moves more heavily into electric vehicle production.

The car industry is facing a downturn in key markets as well as increased costs as it meets tougher European emissions regulations and makes the costly switch to electric vehicles.

Audi has seen a downturn in sales ,revenues and operating profits over the first 9 months of the year.

Football-Spurs and Manchester City have both qualified for the last 16 of the European Champions League following last night’s games.

Spurs came from behind to beat Olympiakos 4-2 while City were held to a 1-1 draw by Shakhtar Donetsk but the point was enough to see them through.

Real Madrid and PSG drew 2-2 with both sides through to the knockout phase.

There are 8 more games tonight including Liverpool against Napoli in Group E  and Valencia against Chelsea in Group H.

Lyon of France are away at Zenit St Petersburg.

In the English Championship last night Leeds went back to the top of the table thanks to a 1-0 win at Reading and in the other results Cardiff beat Stoke 1-0.Fulham beat Derby 3-0.Huddersfield and Swansea drew 1-1.Luton beat Charlton 2-1 and Millwall and Wigan drew 2-2.

Cricket-The England head coach Chris Silverwood will fly home from the tour of New Zealand after the second day of the second Test against New Zealand because of a family bereavement.

Assistants Graham Thorpe and Paul Collingwood will take charge of the rest of the match.

The rest of the squad will fly home on the 4th of December at the end of the tour.

England lost the first Test heavily and will be looking to square the series in Hamilton.

Rugby Union-The England and Bath star Anthony Watson will be out of action until at least Christmas after sustaining a knee injury in the defeat by Harlequins.

Watson has had a scan but will not require surgery.

He’s wearing a brace but it’s hoped that he’ll be fit for the 6 Nations.

Rain this morning ,clearing this afternoon with moderate westerly winds.

Overnight lows of 12 degrees on the coast and 10 degrees inland with cloudy skies.

A study has suggested that a juice drink made from pear, sweet lime and coconut water is the ultimate hangover cure.

Scientists found the combination is likely to help the body cleanse itself of booze faster than any other food.

Drinking it with cheese, cucumber and tomatoes may ease headaches and nausea even quicker.

But researchers , warn that drinking coffee after a too much alcohol could prolong the agony. 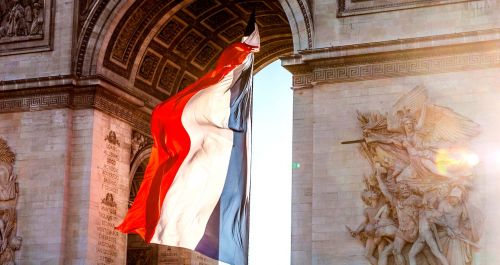