Energy workers cut power in protest - Meanwhile French energy workers protesting against President Emmanuel Macron’s pension reform have cut power to the world’s largest wholesale fresh food market, near Paris. The power took place on Tuesday at 5.30am and lasted 90 minutes. The incident also caused the Orlyval rail service to Orly airport to be halted and plunged 35,000 homes into darkness.

The deliberate sabotage of power supplies underlines the growing determination of France’s left-wing unions to resort to wildcat action, after a wave of strikes and street protests since early December have failed to force Macron to back down on his overhaul of the pension system.

The fresh food market generates revenues of 9 billion euros a year. Members of the hardline CGT union’s branches said the action was targeted to “have an impact on the economy and above all make ourselves heard”.

Transport strike - And as the longest transport strike in France in decades appeared to be slowly dying down Lignes d'Azur the regions transport network has announced that they will compensate some customers who have been affected by disruption to the tram service in Nice. Meanwhile, it's been announced that regional transport will once again be disrupted by industrial action on Friday with no trams running in Nice, a limited bus service and the SNCF planning to operate 80% of regional trains.

Association files legal action against Marseille city council - Two associations in France which defend “fundamental rights” have filed legal action against the city of Marseille ordering the end of a vast video surveillance system qualified as "intelligent", which they say is an attack on individual freedoms. The two associations believe that the city of Marseille has not complied with its legal obligations by implementing the system.

The city launched several years ago, a vast project called the “Big Data of Public Tranquility” which uses multiple streams of data in an attempt to prevent certain events before they happen. The associations reportedly say the “technology is intrusive and not legitimate in a democracy”.

New destination for Nice International airport – It’s been announced that Bahrain will become, from July 2, the 45th country linked to the Côte d'Azur by air. This summer, it will be possible to reach Bahrain from Nice airport, thanks to the two weekly flights running from July 2nd to August 30th by the airline Gulf Air.

France and the US agree on a truce - France and the US have agreed on a truce regarding a dispute over a French tax on American tech companies. Both President Emmanuel Macron and President Donald Trump agreed to extend negotiations to the end of the year, thereby postponing Washington’s threat of sanctions against Paris. Speaking on Tuesday ahead of a meeting with EU counterparts in Brussels French Finance minister Bruno le Maire said “Macron and Trump had a very constructive discussion…and they agreed to avoid all escalation between the US and France on this digital tax issue,”.

Study on medical students - A scientific study of first- and second-year medical students in France has revealed an abnormal consumption of antidepressants in first year students. Studying medicine is known to be among the most difficult, notably the first year where less than 12% of students manage to cross the competition barrier. The results of this study report that 6% of first-year students consume anti-anxiety drugs and 3% of them, antidepressants.

Overwork, competition and selection pressure in the first year had been identified as causes of ill-being.

The survey reveals that half (50%) of second-year medical students use alcohol "in a manner harmful to health" and 5.6% of these students use cannabis.

The objective of the study is that it will lead to the development mental health prevention programs, to give specific advice to students so that they can continue their studies in the best possible conditions.

The world’s second largest rough diamond - Louis Vuitton has made a splash as it showed off its latest purchase: the world’s second-largest rough diamond. The LVMH-owned brand, displayed the glinting, blackened stone at its Place Vendôme store in Paris. The company has not revealed how much it paid for the diamond, which is as large as a tennis ball and covered in carbon.

Tesla has become the first publicly listed US carmaker to be valued at more than 100 billion dollars in a sign that Wall Street is confident in an all-electric future for vehicles.

The milestone ,which was reached in extended trading on Tuesday comes less than a month after Tesla’s stock rose above 420 dollars-the price at which  Elon Musk had said that he’d take the company private.

Telsa shares hit 555 dollars after the bell on Tuesday.The firm ,which is worth more than Ford and General Motors combined has seen its stock more than double in the past three months spurred on by a rare quarterly profit in October,an increase in production at its Chinese factory and better than expected annual deliveries.

The online streaming giant has blamed the low membership growth on increasing competition as well as its recent decision to increase prices.

The firm finished 2019 with over 167 million paying customers globally which was ahead of Wall Street expectations.

Shows including the third series of “The Crown” and the fantasy saga “The Witcher” have proved to be hits but Netflix concedes that its contending with a number of new competitors including Disney+ ,Apple and Comcast which are now offering their own streaming services.

The firm is spending heavily on original content in a bid to see off the threats with some reports estimating the total spend on content for 2020 will exceed 17 billion dollars.

And-Coca Cola has said that it will not ditch single-use plastic bottles because consumers still “want them”.

The firm’s head of sustainability Bea Perez says that customers like the plastic bottles because they reseal and are lightweight.

Coca Cola has pledged to recycle as many plastic bottles as it uses by 2030 but environmental groups say that many Coke bottles will still go uncollected and will end up in landfill and eventually the oceans.

Coca Cola  currently produces around 3 million tonnes of plastic packaging a year.That’s the equivalent of 200,000 bottles a minute.

Tennis-Heather Watson of Great Britain has reached the second round of the Australian Open in Melbourne but Dan Evans is out.

Watson battled hard to beat Kristyna Pliskova in three sets but Evans went out in the second round to Yoshihito Nishioka of Japan.

Elsewhere there were second round wins in the women’s event for the defending champion Naomi Osaka and world number one Ashleigh Barty.

In the men’s event the 6th seed Stefanos Tsitsipas made round three after his second round opponent Philipp Kohlschreiber withdrew injured.

Novak Djokovic is also through.

Football-There were 6 games in the English Premier League on Tuesday night.Aston Villa beat Watford 2-1.Bournemouth got a much needed win in a 3-1 victory over Brighton.Crystal Palace lost 2-0 at home to Southampton.Everton and Newcastle drew 2-2.Manchester City were 1-0 winners at Sheffield United and Chelsea and Arsenal drew 2-2.

In the English Championship last night Preston were 3-0 winners at Barnsley and Middlebrough and Birmingham drew 1-1.

Formula 1-Changes have been made to plans for a Miami Grand Prix in the hope that they’ll overturn objections to the race from local residents.

The original idea for a race in the downtown area and over a bridge has been scrapped because of objections and new plans for the event to happen around the Miami Dolphins stadium have also hit problems.

The proposed changes will be presented to a meeting of Miami-Dade commissioners later today.

Thursday and Friday-Partially cloudy tomorrow with a high of 15 degrees.Sunshine and showers on Friday with more persistent rain in the evening.

The Regional Health Agency has said this afternoon that one person has died from Covid-19 in the past twenty four hours in the Var and one person in t... 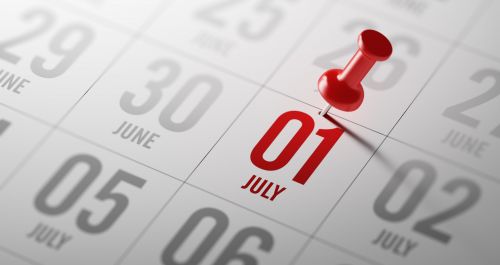 From June 1st, as with every first of the month new measures will come into force in France.

France’s Prime Minister Édouard Philippe, has cautiously lifted most of the lockdown measures put in place due to Covid-19....

Cafes, bars and restaurants can open from June 2 across the Riviera and the 100km travel restriction is being cancelled as from the same date....