Risk of flooding - The Var remains on an orange weather alert due to the risk of floods. Heavy rain fell throughout the night in both the Alpes Maritimes and the Var. Meteo France has predicted that conditions will gradually improve from this morning. After the recent storms, the mayor of Roquebrune Cap Martin, Patrick Cesari, is reportedly asking the French government to declare the municipality as an area of natural disaster.  He said that “significant damage” has been caused. The mayor has closed the local beaches until the weather improves. In Saint Jean Cap Ferrat, the famous pontoon at Paloma beach didn’t survive the storm. The pontoon had been a Riviera attraction since 1970. However, there is good news from the Jean Cocteau Museum in Menton.  Officials now believe that the majority of the 1,500 works in the collection can be saved after flooding in the museum’s basement.

Strike action - The region’s bus network Ligne d’Azur has announced strike action planned for tomorrow Friday 2nd November. 24 bus routes in and around Nice are expected to be affected by the strike however the tramway will be running as normal.

Meanwhile new works have been announced which will affect train services between Toulon and Les Arcs-Draguignan stations over the weekend of 10th and 11th November.  The works, which are necessary to replace portions of the track between the two stations, mean that trains will not run from 7.30 on the morning of the 10th until 3.10pm on the afternoon of the 11th.  Reports say that no replacement bus services will be provided.

Kidnapping - Two men have been sentenced to four and five years in prison for kidnapping by the Criminal Court in Grasse. They were accused a kidnapping two teenagers who were hitchhiking late one night in Vence just over a month ago. The men locked the doors of the car and drove the passengers down a small isolated path. The two teenagers managed to escape and make their way back home.

Operation Moi sans tabac - The 3rd edition of Operation Moi (s) sans tabac begins today and will continue until the end of the month. A collective challenge launched in November to encourage residents of the Principality to quit smoking, the “Me (s) Without Tobacco” campaign will send a strong message aimed at fighting serious diseases caused by tobacco use. The Principality of Monaco is associated, as a partner, with the operation “Moi (s) sans tabac” which was initiated by the French Ministry of Health. For more information go to www.tabac-info-service.fr

Investigation - France has ordered a nationwide investigation following recent media reports that dozens of babies have been born with malformed or missing limbs over the last decade. Abnormal rates of deformations were detected in several regions of the country and the head of the Public Health France agency announced on Wednesday that an investigation was "underway" and the results would be known "in about three months." So far, no explanation has been found for the deformations despite tests on the mothers to see if they were exposed to common substances. Some environmentalists have claimed pesticides could be to blame, but there is no scientific evidence at this point to back up the claims. The defects could also be genetic.

Growth in the Eurozone - Growth in the eurozone has slowed to its lowest level in over four years. Eurozone GDP only rose by 0.2% in July-September, down from 0.4% in April-June. Economists say the figures are disappointing, and weaker than expected; they could even precede a wider recession. Italy’s growth rate fell to zero, in a blow its new government’s plans to revitalise the economy. France did better, though; its economy grew by 0.4%, thanks to a pick-up in consumer spending and business investment.

The pound has risen following news that the UK may have struck a deal with the EU on post-Brexit financial services.

The London Times newspaper reports that a tentative agreement has been reached on all aspects on a future partnership which would give UK financial services firms continued access to the bloc.

The paper also says that an initial deal on exchange of data has been agreed and was expected to be completed within three weeks.

Many UK businesses have been expressing increasing alarm about the lack of progress in Brexit talks with Britain’s exit from the EU now just 5 months away.

Jaguar Land Rover has announced a third quarter loss of 90 million pounds on the back of lower sales in China and uncertainty in Europe over diesel as well as Brexit.

The firm said that as a result of the losses it would be launching a “far-reaching” cost cutting programme to improve profitability.

Jaguar Land Rover said that the plan would include reducing investment and taking out inventory and working capital.

JLR is the UK’s largest car manufacturer but it’s been hit by a series of problems including concerns over environmental issues such as diesel,consumer uncertainty and escalating trade tensions.

And-The latest changes to Ryanair’s baggage policies come into force today meaning that passengers who want to take anything more than a small bag on board will have to pay.

Only passengers paying the 6 euros priority boarding fee will be allowed to take a small suitcase of up to 10 kilos in the cabin.Otherwise there is an 8 euro charge to check in a 10 kilo bag.

Ryanair says that the changes are aimed at improving flight delays

Football-There were 4 fourth round ties in the League Cup in England last night.

The remaining tie between Manchester City and Fulham is being played tonight.

In the Scottish Premiership last night Aberdeen beat Hamilton 3-0.Dundee were thrashed 5-0 at home by Celtic.Hearts and Hibs shared a goalless draw in the Edinburgh derby.St Johnstone were 1-0 winners at Livingstone.Rangers and Kilmarnock drew 1-1  and Motherwell were 2-0 winners at St Mirren.

Cricket-Pakistan have beaten New Zealand by 2 runs in the first Twenty20 international in Abu Dhabi.

Pakistan made 148-6 from their 20 overs with New Zealand falling just 2 runs short at the end of their innings in a total of 146-6.

Rugby Union-The Wales great Gethin Jenkins is to retire from the sport after Sunday’s Pro 14 match between Cardiff Blues and Zebre.

The 37 year old prop played a record 129 times for Wales and made 5 Test appearances for the British and Irish Lions.

Tennis-Rafael Nadal has been forced to pull out of the Paris Masters with an abdominal injury.

That means that Novak Djokovic will return to the top of the world rankings when they’re released on Monday.

Nadal pulled out after doctors recommended that he rest following complaints of abdominal pain especially when serving.

Roger Federer made it through to the last 16 on Wednesday without hitting a ball as his opponent Milos Raonic pulled out with an elbow injury,

THERE’S AN ORANGE ALERT FOR THE RISK OF FLOODING IN  THE VAR.

Rain dying away by lunchtime with sunny periods and scattered showers this afternoon.

Light variable winds and a high of 17 degrees Celsius.

Overnight lows of 13 degrees on the coast and 10 degrees inland with occasional showers. 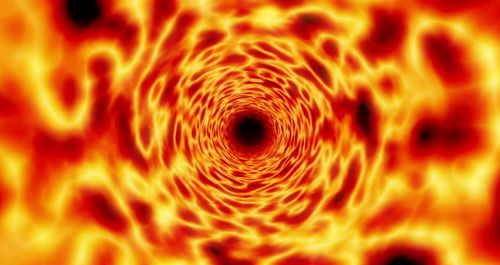 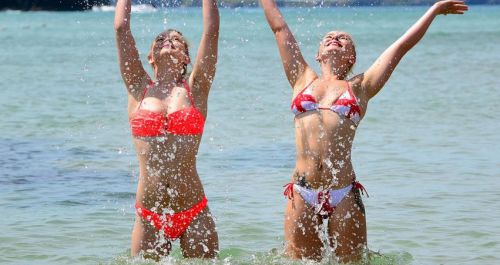