Coronavirus - With France expecting a possible “epidemic” of Covid-19, Nice university hospital has announced that it will soon be ready to test for the virus.

France’s health minister announced the threat of an “epidemic” on Sunday. Freshly appointed Olivier Véran said "A virus does not stop at borders." Adding that the Italian border would not be closed despite the rapid progression of the Covid-19 coronavirus in Italy, the minister stressed that the epidemic situation has not changed in France, where only one person remains hospitalized, while a Chinese tourist died in Paris and ten other patients are cured.

The Minister added that some 70 additional hospitals will "be activated" to cope with a possible spread in France adding that laboratories across the country will also soon be authorized to carry out testing.

Meanwhile the mayor of Menton has requested an “emergency health plan” to “increase controls at the border” in addition to identity checks. The Mayor is due to meet with the Prefecture and the Regional health agency today to discuss the matter.

And MP Eric Ciotti has backed the request asking France’s Prime Minister for the “immediate” introduction of an emergency plan for the Alpes-Maritimes region.

Police officer kills his partner - A police officer from the Toulon anti-crime brigade (BAC) has killed his partner with his service weapon before shooting himself. The incident happened in Val, near Brignoles in the Var on Sunday. It was his 19-year-old son who discovered the bodies.

Car crashes while exiting underground car park in Nice - Two people have been taken to hospital in Nice after managing to crash their car while exiting an underground carpark in Nice at the Palais du Justice. The accident occurred on Sunday evening shortly after 6pm, no other vehicles were involved. Police are investigating the cause of the crash.

Rugby match players in general fight - The rugby team of Nice has been forced to remain in their dressing room, waiting for the police to arrive, during an away match in the Vaucluse. Known to be a heated moment when the Bédarrides-Chateauneuf du Pape in the Vaucluse meet Nice, this weekend was no exception.

Following Chateauneuf losing 8 – 18 to Nice a general fight broke out between players involving some spectators. Nice were attacked off the field and had to wait in the locker rooms for the police to arrive.

François Fillon - The former French presidential hopeful in 2017 François Fillon is set to stand trial for embezzlement in the aftermath of a “fake jobs” scandal that destroyed his political career.

Fillon, will appear in court today with his Welsh-born wife, Penelope.

They will deny accusations of misusing more than €1m of state money to pay Mrs Fillon in an allegedly non-existent role as the presidential candidate’s parliamentary assistant.

French President Emmanuel Macron inaugurated this year’s show on Saturday morning, beginning his visit with a tribute to Chirac. As he strolled the aisles of the fair, Macron tasted specialties from various regions in France and posed for photos with the mascot of this year’s show, a commanding blonde Charolais cow named Idéale.

Visiting a day after a summit meeting in Brussels on the next EU budget, which ended in a deadlock, Macron tried to reassure farmers that his government would continue to oppose cuts to EU agricultural subsidies.

The US soft drinks giant PepsiCo has agreed to buy the Chinese snack brand Be & Cheery for 705 million dollars.

PepsiCo says that the acquisition  of the Chinese firm which makes snacks ranging from nuts to dried fruits is an important step in its plan to become China’s leading consumer-focused food and drinks company.

Be & Cheery is one of China’s largest online snack firms and reported revenues of some 711.9 million US dollars last year.

The deal is subject to a shareholder vote and regulatory approval.

The owner of The Sun newspaper lost 68 million pounds last year as sales fell and the firm continued to deal with the fallout from the phone-hacking scandal.

News Group Newspapers says that sales of The Sun fell by 8 percent to 1.38 million daily in the year to July although it remains the UK’s most popular newspaper.

The firm said that despite falling print sales ,more people were visiting The Sun’s website with 32.8 million adults in the UK visiting the site a month-3.6 million more than the previous year.

And-The billionaire investor Warren Buffett has defended his decision to invest heavily in stock in firms including Apple despite a four year gap since his last major company acquisition.

Mr Buffett ,who’s 89 used his annual letter to investors in his Berkshire Hathaway firm  to assure them that they should not worry about the future of the company  which he said  is “ 100 percent prepared” for the day that he and 96 year old Vice-Chairman Charlie Munger are “no longer around”.

Berkshire posted record full-year earnings of 81.42 billion dollars-nearly twice the previous high which was reached in 2017.

The boost came from unrealised gains from stock investments.

Mr Buffett is worth a reported 90.2 billion dollars making him the world’s 4th richest man.

Rugby Union-France are the only team left in with a chance of completing the Grand Slam following the third round of 6 Nations games over the weekend.

France had a narrow 27-23 victory over Wales in Cardiff on Saturday while Scotland beat Italy 17-0 in Rome.

On Sunday ,England rediscovered their World Cup form with a powerful display against Ireland at Twickenham coming out 24-12 winners.

There are no games next weekend with the fourth round of games over the weekend of the 7th of March with Ireland against Italy ,England against Wales and Scotland against France.

Boxing-Tyson Fury has said that he’s just “one fight from immortality” after beating Deotay Wilder on a technical knockout in Las Vegas on Saturday night.

Wilder’s camp threw in the towel in the 7th round as Fury battered his opponent having already knocked him down twice in previous rounds.

Wilder has a rematch in his contract and will have to respond within 30 days if he’s to take Fury on again.

In the meantime ,all eyes are on a heavyweight unification bout between Fury and Anthony Joshua which could be the richest fight in history if it comes off.

Football-There were three games in the English Premier League on Sunday with Manchester United beating Watford 3-0 ,Wolves beating Norwich 3-0 and Arsenal coming out 3-2 winners over Everton.

In the Scottish Premiership on Sunday St Johnstone and Rangers drew 2-2 and Celtic beat Kilmarnock 3-1.

In the FA Women’s Super League on Sunday Everton lost 3-2 at home to Manchester United.Bristol City were 1-0 winners at Birmingham.Spurs won 1-0 at Brighton.Manchester City and Chelsea drew 3-3 and West Ham beat Liverpool 4-2.

Allison says that the team will start the season next month with improved aerodynamics and a better engine.

The new car has changes to the front suspension and wheel assembly as well as an ungraded engine and new rear suspension design which has created more downforce.

Mercedes are aiming for a 7th consecutive drivers’ and constructors’ championship double this year with Lewis Hamilton gunning for a 7th world title to equal Michael Schumacher’s all time record.

Overnight lows of 8 degrees on the coast and 5 degrees inland with cloudy skies.

Tuesday and Wednesday-Mainly fine but becoming very windy from the west.

President Macron has said that a general public vaccination programme will take place "between April and June" after the vaccination of the most vulne...

Three teenagers have been injured, including two seriously, in a road accident this Tuesday morning involving a school bus in eastern France.... 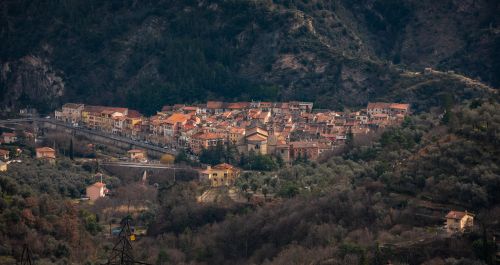 The rail network between Breil-sur-Roya and Tende will resume service before the end of January. Damaged by Storm Alex the state announced on Monday t...