Young man dies after being stopped by security guards at supermarket - An investigation has been opened following the death of a young man who had been stopped by security staff at Auchan supermarket, in La Trinité. The victim later died in hospital and was reportedly believed to suffer from severe epilepsy. Questioned by police the four security staff claimed that there was no violence involved. The investigation continues. The family of the victim have planned a gathering in the area today at 2pm.

Clean up operation after floods - 50 young firefighters from the Alpes-Maritimes have taken part in the cleanup operation following severe flooding the Aude department. The firefighters spent the weekend helping those hit by the floods which affect 70 towns in the region and claimed 14 lives.

Rockslide - A rockslide near Sospel has left two villages cut off since April, with their only road destroyed. Now residents in Beroulf and Sainte Sabine have employed the help of a helicopter to provide food and fuel. They have also used it to be reunited with their cars. Two thirds of the 3,000 euro cost was borne by the locals clubbing together, with the remainder paid for by the local authorities. A new road should be finished by the spring.

Football - Former footballer Thierry Henry’s first match as a manager was a sharp reality check with a 2-1 defeat against Strasbourg at the weekend.  The French national team’s all-time top goalscorer, saw at the weekend the extent of the momentous task which lays ahead of him to rebuild a Monaco team.

French teenager charged - A French teenager has been charged with aggravated violence after video footage showed him pointing a fake gun at his teacher in the Parisian suburb. The incident was filmed and uploaded on to social media by one of his high-school classmates. The 15-year-old said it was "a joke", adding that he was not aware that he was being filmed. Following the incident the teacher made a complaint to the police with the student turning himself into police on the same day, accompanied by his father.

France and Italy to talk about migrants - France’s newly appointed Interior Minister Christophe Castaner has been invited by his Italian counterpart Matteo Salvini to a summit in Rome. Salvini has declared that “Italy will no longer accept being Europe’s refugee camp” and has since set up a special border patrol after French authorities continued to return migrants who crossed over to France from Italy. Salvini said that Italian troops would stay in place pending talks with France's new Interior Minister.

Air France - Air France management and unions have announced that they have reached a deal aimed at ending months of strikes that set the airline back hundreds of millions of euros. While the main pilots' union, did not sign the agreement, five unions representing 76.4 percent of the personnel accepted the management offer of a four-percent pay rise to be spread over 2018 and 2019.

One of the world's biggest tobacco firms, Philip Morris, has been accused of "staggering hypocrisy" over its new ad campaign that urges smokers to quit. The Marlboro maker said the move was "an important next step" in its aim to "ultimately stop selling cigarettes". But Cancer Research said the firm was simply trying to promote its smoking alternatives, such as heated tobacco.

According to reports businesses are becoming exasperated at the lack of progress in Brexit talks and are pausing or cancelling investment in the UK. Employers group the CBI says 80% of surveyed members feel Brexit uncertainty has already had a negative impact on investment decisions

And – According to a new survey Apple is the best private sector firm to work for in the UK. Research by the Indeed recruitment website found a diverse range of companies in the top 20 of their annual poll. The results show that an increasing numbers of employees are looking for a positive work-life balance, rather than merely a good salary. An earlier study found nine out of every 10 workers put benefits like good holiday allowance and sociable working hours ahead of pay.

Football – There were several matches in the Premier League at the weekend on Saturday Chelsea drew 2-2 against Manchester United, Bournemouth drew 0-0 to Southampton

Formula One - Lewis Hamilton has failed to clinch a fifth world title when he finished third in a thrilling US Grand Prix. Mercedes let a victory slip through their fingers by delaying a second pit stop and Ferrari's Kimi Raikkonen took his first victory for more than five years. Hamilton's title rival and Raikkonen's team-mate Sebastian Vettel looked to have handed Hamilton the title early on when he spun battling with Red Bull's Daniel Ricciardo.

Cricket - The England and Wales Cricket Board has dismissed allegations of spot-fixing against England players made in a new television documentary. An investigation claims to have "uncovered evidence of corruption at the highest levels of international cricket", including by a "small group" of England players.

Clear skies and bright sunshine across the Alpes Maritimes and the Var with highs of 22 degrees.

This evening going down to 10 degrees with clear skies.

The outlook for Tuesday becoming increasingly cloudy highs of 24 degrees clearing by Wednesday with highs of 28 degrees.

Traditionally, it has been viewed as a sacred bond intended to last until death. But many young people now believe marriage should be more like a rolling mobile phone deal, researchers say.

They found that a quarter of 18 to 24-year-olds think marriage should be a temporary contract with a renewal date and the opportunity to ‘upgrade’ to another partner.

A third of this age group also backed polygamy, and 30 per cent supported ‘fluid arrangements’, where people could move between different partners.

Colin Hart, of poll organisers the Coalition for Marriage, said the findings were ‘deeply worrying’.

He added: ‘Despite all the Government rhetoric about the importance of marriage, they are failing to get this message through.’

The poll of 2,002 adults of all age groups also found that almost half back ‘no reason’ divorces, where somebody does not have to justify ending a marriage.

Seventy per cent said there should be a statutory cooling-off period before a divorce is finalised to give couples a chance to change their minds. 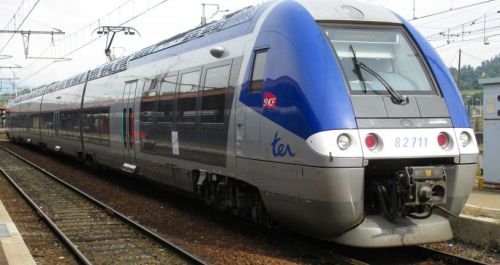