Firefighters in the Alpes Maritimes are continuing their strike into a second week. It’s a symbolic strike as firefighters are not allowed to stop work. They are unhappy at staffing levels and claim that they are being called to incidents which are the responsibility of other emergency services.

An international network involved in the trafficking of Subutex, a prescription-only heroin substitute, has been dismantled.  The drug was trafficked from France to the Ukraine via Poland. The drugs involved apparently had a value of 10 million euros.  Several people suspected of being involved in the network have been arrested in the Bouches-du-Rhone, amongst other arrests.

The Alpes Maritimes is one of two departments selected for a trial of a Carte Vitale app on smartphones. A decree authorizing the trial has been published in the Official Journal today. Selected volunteers are going to be using the app in a trail alongside their existing card.  The trial will last until the end of May next year.

A body has been discovered on the seashore at Les Issambres near Roquebrune-sur-Argens. According to the police at Gassin, the corpse is that of a man in his fifties. Investigations are continuing but it’s thought at this stage that the cause of death may be suicide.

Online rail ticketing company, Trainline has announced plans to list its shares on the London stock exchange. The site said the money raised would help to build its profile and pay for growth plans. Trainline employs more than 600 people across its offices in London, Paris and Edinburgh and sells tickets on behalf of 220 transport providers in 45 countries.

The UK's big four supermarkets all lost market share in the 12 weeks to 19 May, according to market research company Kantar. However, German discounters Aldi and Lidl continued to record strong growth, with sales up 11.1% and 8.5% respectively, giving them a record combined market share of 13.8%. Sales at Ocado, Iceland, and Waitrose were also up on a year ago.

Arcelor Mittal has announced plans to cut back on steelmaking at plants at Dunkirk in France and at two sites in Germany. The company said that it has been hit by "weak market demand and high import levels in Europe".

Tennis…Sloane Stephens and Garbine Muguruza are both through to the next round of the French Open. Stephens beat Spanish player Sara Sorribes Tormo  6-1  7-6. Muguruza, who won the title in 2016, went through 6-4 6-1 against Johanna Larsson of Sweden. Local player Diane Parry, who was born in Nice is out of the tournament after being defeated by Elise Mertens of Belgium. Raphael Nadal and Roger Federer are also through to the next round.

Motorsports… Thousands of people have been paying their last respects to racing legend Niki Lauda in Vienna. His coffin, topped with his red crash helmet, was carried into St Stephen's cathedral today. A private funeral is being held. Lauda died last week aged 70 in Switzerland. 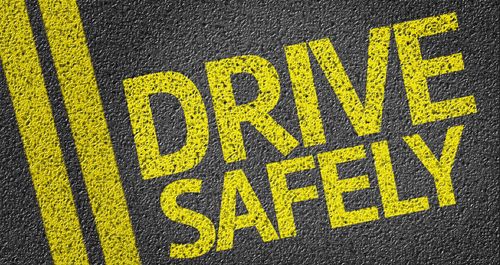