About 1,000 protestors marched through the streets of Nice this morning as part of the day of action against planned changes to the civil service. The march began at the Place Massena and finished at the Place Garibaldi. As the crowd was dispersing, police made several arrests. Reports say that about 30 protestors were gathered at the Auvare police station this afternoon in support of those arrested. About 150 demonstrations were held throughout France today. It’s the fourth national day of action by civil servants since President Macron took office.

A 28 year old man has been sentenced to one year in prison after spraying tear gas at a motorist. The Criminal Court in Grasse heard that the defendant had blocked a van at an access ramp off the Cannes to Grasse Penetrante. He then walked over to the passenger side window of the van and sprayed tear gas at the driver. For reasons which are not clear, a fire then broke out inside the van seriously injuring the driver. The defendant was also ordered to pay compensation.

Three people have been charged and placed in pre-trial detention after the death of a 17 year old in Avignon. Pierre Fernandez was stabbed on April 28 in the Monclar district of the town.  Reports say that all three are residents of the area where the stabbing took place.

The two yachts which were stranded near the entrance to St Tropez harbour have been removed by crane.  The yachts ran aground last weekend in mistral winds of about 100km per hour.  Twelve people had to be taken off the two vessels by rescue services.

A 25 million euro jackpot has been won by a player in France on the Euromillions draw.  The winning ticket, for Tuesday’s draw, was bought in the Aube department.  The winner has 60 days in which to claim the prize.

As of today France’s rail network the SNCF has launched two new discount cards. The cards are targeted at young people, seniors and families as well as weekend travellers with 30% reductions for adults and 60% for children. With currently 2.5 million cardholders, the SNCF aims to reach 4 million by the end of 2020.

BT Group has reported pre-tax profit of £2.7bn, an increase of 2% on the previous year. Sales were down 1% for the year to 31 March, compared with the year earlier. It blamed price reductions at its Openreach business for the fall in sales.

China and the US are scheduled to start another round of trade talks in Washington today. The talks come against a backdrop of rising hostility between the two sides. Ahead of the discussions, Mr Trump accused China's leaders of breaking the deal the US was negotiating.

Dubai-based Emirates has reported a 69% fall in annual profits to $237m. Costs rose 8%, mainly due to a rise in the cost of jet fuel.

Cricket...Cricket Australia have said that Australian cricketers' behaviour has improved after attempts to clean up the game following the ball-tampering scandal. The men's national team had no conduct citings during the 2018-19 season, the first clean slate in seven years, and charges at all levels dropped 74%. Chairman Earl Eddings said the improvement shows "meaningful change".

Motorsports… The Brazilian Grand Prix will be held in Rio de Janeiro next year, according to Brazil’s president. The Interlagos track in Sao Paulo has hosted the race since 1990 but the President said that a new circuit would be built in Rio to take over from 2020. He said that keeping F1 in Sao Paulo was "no longer viable". 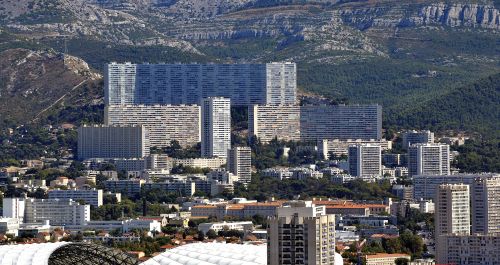