French Prime Minister Edouard Philippe has been presenting further details of deconfinement measures to the Senate this afternoon.

He reiterated that it is essential to strictly respect the confinement measures until 11 May as the forecasts of the scientific council about deconfinement were made on the assumption that confinement would be strictly adhered to until that date.

He said that the deconfinement map of France will now be reduced to two coulours - red and green - as the government had clarified those areas where the status was in doubt and that the map would continue to be updated daily.

The government is going to pay 200 euros to 800,000 young people. The aid will be aimed at students who have lost their job or their internship and those people under the age of 25 "who are receiving LPAs."

The Prime Minister said that "economic life must resume quickly" and 52 guides had been produced for businesses. All sectors will have them available by May 11.

He confirmed that schools would re-open on a gradual and voluntary basis and that masks would be provided for national education staff and secondary school students but masks for those students would only be compulsory if social distancing rules weren't being observed.

He said that "if the health situation does not deteriorate" during the first weeks of deconfinement, the government will examine the possibility of religious services resuming from May 29.

Senators are debating and voting on the measures.

Meanwhile, President Macron announced this afternoon that France will be contributing 500 million euros to international efforts to produce a vaccine against the coronavirus.

The first phase of a progressive end to the lockdown has begun in Monaco today. Measures have been put in place to allow employees back to work and businesses to be reopened. Some of the town hall offices have also reopened. Authorities have been carrying out documentation checks at the border on cars arriving in the Principality. The operations are being carried out in cooperation with neighbouring areas of France.

The Mayor of Nice, Christian Estrosi, has said that free on-street parking will be maintained in Nice until June 30. He said that this was to help revive commerce in the city.

Online retailer Amazon has said today that it's had a request for partial unemployment refused by the French government. The Ministry of Labour confirmed the refusal. The request was to cover 10,000 employees at six Amazon sites in France. Amazon has suspended its delivery operations in France following a court decision last week.

The French government has clarified that proposed quarantine measures won't apply to arrivals from Schengen area countries, other EU nations or the UK. The government is set to make an announcement in the coming days regarding those French and EU citizens arriving in France from other regions.

In other news, six houses were evacuated in Saint Raphael this morning because of a gas leak. The leak was on Avenue Colonel Broque. Firefighters were called to deal with the incident and traffic diversions were put in place. No injuries were reported.

A widely watched survey of French businesses has shown the sharpest deterioration in business conditions since the survey began 22 years ago. The Manufacturing Purchasing Managers' Index dropped to 31.5 in April from 43.2 in March. Any figure below 50 shows contraction. Menawhile, the figure for the wider Eurozone economy came in at 33.4.

Shareholders in Norwegian Air Shuttle have voted in favour of a rescue plan for the airline. At an Extraordianry General Meetig this morning, they backed a debt for equity swap which should allow the company to access loan guarantees backed by the Norwegian government. The airline has said that if aircraft continue to be grounded because of the pandemic, it may need more funding later this year, even after accessing the governement backed loans.

The UK government has launched it's new loan scheme for small businesses. As from today, businesses will be able to apply for a loan of up to 50,000 pounds with a streamlined application process. The application form is just 7 questions long. The interest rate is fixed at 2.5% and the loan is 100% guaranteed by the government.

New Zealand Prime Minister Jacinda Ardern is set to attend an Australian government national cabinet meeting by video-conference tomorrow to discuss relaxing travel restrictions between the two nations. She said that the two governments would discuss timelines for re-starting travel without quarantine measures. The use of contact tracing apps will also be discussed at the meeting.

The Hong Kong government has release provisional data showing the largest contraction in its economy since comparable records began in 1974. The economy contracted by 5.3% in the first quarter of this year, and by 8.9% compared to a year earlier. It's a steeper fall than that experienced in the global financial crisis. It's the third quarter in a row that Hong Kong has seen negative growth.

The UK governement has unveilled plans for a "customs agent academy". The aim will be to train 50,000 people to process forms and data which the government anticipates will be needed after the Brexit transistion period ends. The academy will be based in Kent.

Football... French Ligue 1 club Amiens has started a petition to protest at its relegation. The decision to relegate Amiens along with fellow League 1 side Toulouse was announced last week after a decision was taken to not resume the season because of the virus outbreak. Amiens said that the decision goes against sporting fair play and are asking for the two relegated clubs to be kept in League 1 for the 2020 - 2021 season.

An idea is being proposed which would enable the English Premier League season to be completed in Australia, where coronavirus cases have been much lower. Gary Williams, an Australian football agent, says he has received positive feedback on the idea from various Premier League Clubs and Australia's Federal Health Minister.

Swimming... The FINA World Aquatics Championships have been moved from 2021 to 2022 to avoid a clash with the postponed Tokyo Olympics. The Championships will now take place from 13-29 May 2022. 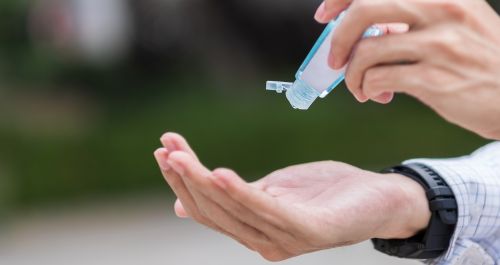