The Regional Health Agency has revealed the results of the first analysis of the water supply around Grasse after recent illnesses thought to be caused by a disease transmitted by parasites in the water supply. The results showed no bacterial or parasitic contamination. However, the local water company have carried out investigations which apparently show contamination at one place on the network, in stagnant water in a fire hydrant. Further samples have been taken and the results are expected within the next few days. The Regional Health Agency has said that doubts still exist over a possible contamination of water from the Foulon Canal following recent heavy rainfall. It’s been decided to purge all the water networks concerned during the night and to modify the water supply for the communes of Grasse, Chateauneuf de Grasse, Mouans-Sartoux, Opio, Roquefort-les-Pins, Le Rouret and Valbonne to reduce water from the Foulon. Local residents are advised to use bottled water or to boil tap water for two minutes before consuming or using the water to prepare food. They are also advised to use bottled water for babies feeding bottles. The Agency also advises regular washing of hands with a hydro-alcoholic solution followed by drying, to prevent transmission of the parasite.  The mayor of Grasse, Jérôme Viaud, has ordered bottled water to be delivered to all crèches and to various schools and the elderly, as a precautionary measure.

Unions across France have called for a day of national strikes on December 5th. Several public services are expected to be affected by the industrial action. The move comes in protest at the government pension reforms.

The Chinese Premier Xi Jinping has said he is "not afraid to fight back" in its ongoing trade war with the United States, but hopes to reach an initial deal with President Trump soon. President Trump told Fox News in the US that a deal with China is "potentially very close".

Germany has avoided a recession after data showed its economy grew by 0.1% in the third quarter. It contracted by 0.2% in the second quarter.

Christine Lagarde, president of the European Central Bank, has called for eurozone governments to do more to stimulate the economy. She said that the eurozone needs to create more of its economic growth at home, including through more public sector investment, if it’s to withstand weakness abroad and become more balanced internally.

UK building society Nationwide has announced that statutory profits have fallen to £309m for the six months to 30 September from £516m a year earlier. The fall was due to a combination of lower income, increased investment costs and additional PPI charges.

Football… Scotland will face Israel in their one-off Euro 2020 play-off semi-final on 26 March. If they win, they will be away to Norway or Serbia for a finals place five days later. Northern Ireland will host the Republic of Ireland in Belfast if both sides win their respective semi-finals at Bosnia-Herzegovina and Slovakia.

Tennis…. Andy Murray isn’t playing in Great Britain's Davis Cup quarter-final against Germany with captain Leon Smith opting to stick with the team who beat Kazakhstan. Smith had previously said the decision over whether to recall Murray would be one of his "more difficult decisions".

Cricket… It’s stumps on day 2 of the first Test between New Zealand and England. New Zealand removed the last 6 England wickets for 76 runs as the Tourists were bowled out for 353 in their first innings with Ben Stokes top scoring on 91. England removed 4 New Zealand wickets including skipper Kane Williamson who went for 51. At stumps the home side had reached 144-4, trailing England by  209.  It’s day 2 of the first Test between Australia and Pakistan at the GABBA in Brisbane. Pakistan were bowled out for 240 in the first innings on day one and the home side had moved on to 217 without loss in reply with David Warner not out 114 and Joe Burns on 94. 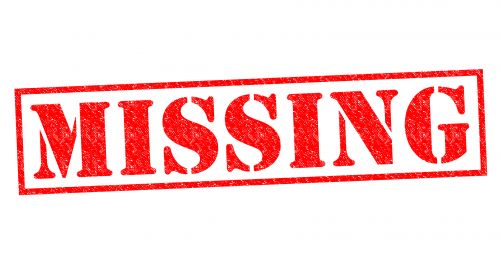