Police are intensifying their search for a man in his sixties, who disappeared on Sunday, after the registration plate of his car was found in a river. Police in Sainte-Maximin will search the area again.

With the threat of extended strikes in the run up to Christmas over pension reform, the government has said it is willing to compromise, but it will not abandon plans to rebuild the system using a fairer points-based method, under which all workers will have the same rights. The announcement comes a week ahead of a planned national strike next Thursday December 5th which could last up to Christmas or beyond.

Nice has been awarded ‘Smart City of the Year’ for initiatives including a third tramline, cycling paths and the planting of nearly 2,400 trees. The Mayor of Nice Christian Estrosi was presented the award in Paris.

French Cardinal Philippe Barbarin is to appear in court to appeal his conviction for covering up decades of sexual abuse by a priest under his authority. The 68-year-old was one of six church officials accused of failing to report a priest who has since admitted abusing Boy Scouts around the French city of Lyon from the 1970s to 1990s.

Barclays has rebalanced its equity focus away from the US and toward Europe & emerging markets for 2020. In it’s outlook for next year, the British lender said it expects European equities to deliver further gains but the rise would be more moderate than in 2019.

Prices in UK shops have fallen for a sixth consecutive month as retailers entice customers with ever deeper price cuts to offset political upheaval. Overall prices fell 0.5 per cent in November, after a 0.4 per cent decrease in October.

Formula 1 - Charles Leclerc says Ferrari team-mate Sebastian Vettel knows he should not have made the move that triggered their crash in the Brazilian Grand Prix. However, Leclerc added that he shares some of the blame for the collision that took them both out of the last race. He added that the pair will be less aggressive with each other on track following discussions with team boss Mattia Binotto in the days coming up to the season-closing race in Abu Dhabi this weekend.

Rugby - England trio Owen Farrell, Maro Itoje and Billy Vunipola will play for the first time since the World Cup final on Friday after being named in Saracens' squad to face Bath in the Premiership. All three are set to start for Sarries, who are bottom after their 35-point deduction for breaching the salary cap. 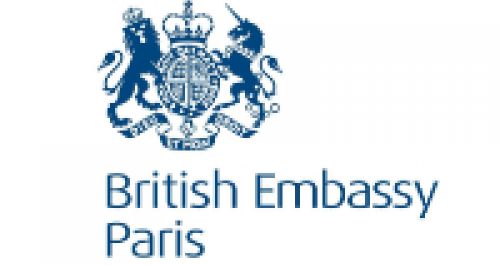 An official message from the British Embassy in Paris

The plans of many British tourists have been thrown into disarray after the British government announced that, as from 4am UK time on Saturday, all ar...

-A five-year-old child has drowned in a swimming pool of a private property in Sospel. The accident occurred on Wednesday afternoon at around 3pm when...

The gendarmerie in Grimaud in the Var has been closed because of a coronavirus outbreak.